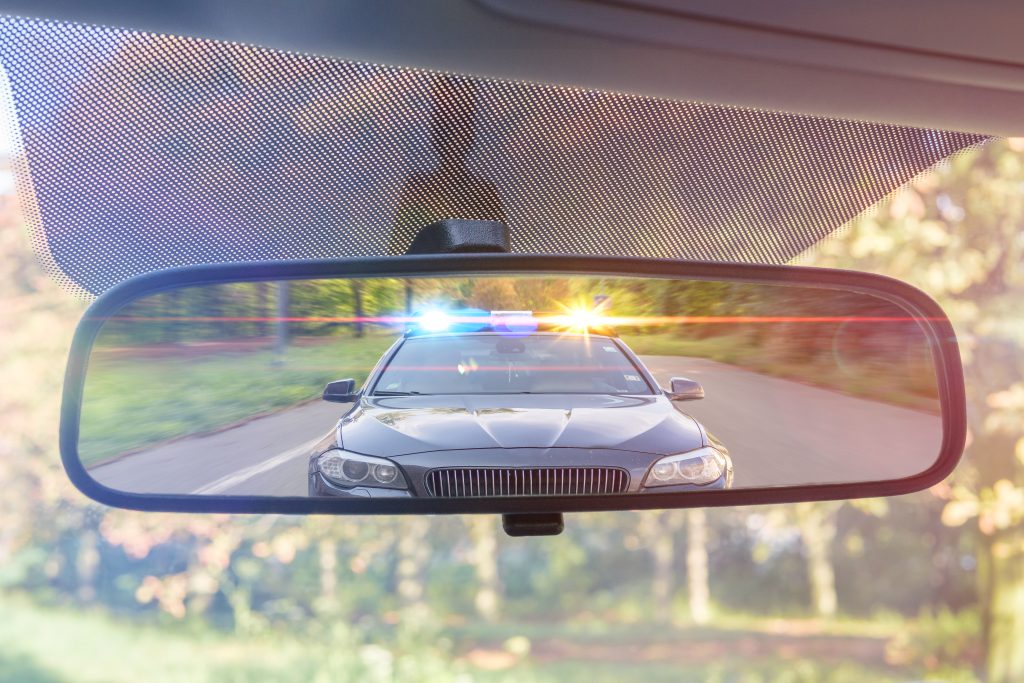 If you drive a vehicle, it’s likely you’ve been stopped or pulled over by the police for a traffic violation (like speeding, expired registration, or your snow tires still being on after May 1st) at least once. But, did you know that under the Fourth Amendment to the US Constitution, all people have the right to be secure in their persons, houses, papers, and effects against unreasonable searches and seizures? When you are pulled over or stopped by a police officer, you have certain rights according to this federal amendment. Generally, a temporary detention during an automobile stop is considered a seizure of your persons. According to the Fourth Amendment, the detention must be reasonable for it to be legal. For a brief detention to be reasonable, the courts have determined there must be reasonable articulable suspicion of wrongdoing.

What does this mean for you, and what are your rights as a citizen? We answered the most frequently asked questions about your rights and what you need to know about police stops below:

Can the police ever stop you randomly?

The simple answer is: no. A police officer cannot just stop anyone at random. In order for a police officer to pull you over while you’re driving, the officer needs to have, at least, a reasonable and articulable suspicion (“RAS”) that you are or were breaking a law or traffic rule. RAS is based on what an officer objectively knows before the traffic stop is conducted. It cannot be based off of the officer’s own personal beliefs.

If an officer does not have enough RAS for a stop, a court may rule that any evidence gathered during that stop is not admissible in court. That is why it is important to have strong legal counsel to represent you.

In Maine, reasonable articulable suspicion during police stops is considered to be slightly more than a speculation or an unsubstantiated hunch. It is a lower bar than what is needed for probable cause.

Below are a few examples of when an officer may have reasonable articulable suspicion (but this is by no means an exhaustive list):

Example 1: A car drives past a police officer going faster than the posted speed limit.

Example 2: A police officer notices a car does not have any license plates attached to it.

Example 3: An officer sees a car that has a malfunctioning brake light.

So, what doesn’t count as RAS?

As previously stated, a police officer cannot stop you based on their own personal beliefs or suspicions without objective evidence. The scenarios below would likely not be considered RAS:

However, this does not mean that if you look nervous the officer can’t pull you over. An officer could, in fact, pull you over for looking nervous so long as the officer had an objective reason to believe you were committing a crime. For instance, the officer thought you looked nervous and watched you run a red light. Running the red-light would allow the officer to stop you.

What are pretextual stops — and are they legal?

A pretextual stop is when an officer uses a very minor driving violation as a pretext to investigate more serious crimes, such as Operating Under the Influence (“OUI”) or drug possession.

For instance, if an officer observes a car full of loud, young people driving down the road and the officer suspects the driver may be operating under the influence, the officer cannot stop the car unless she has a reason to believe the operator is under the influence. The reason must be something more than the operator’s age and the officer’s subjective belief that young people drink and drive. However, if that same loud car has its license plate light out, the officer can stop the car for that reason, even though the officer is more interested in investigating a potential OUI. The officer, while tending to the traffic stop, is able to gather additional information, which may potentially provide her more evidence of other crimes, including OUI.

What type of RAS does an officer need in an OUI?

In Maine, a police officer can stop a car suspected of operating under the influence of intoxicants; but the stop needs to be based on some objective reason for why the officer suspects the driver is under the influence. This can sometimes include an officer witnessing a car cross the center yellow line or the white fog lines while driving. However, there is no precise number of line touches that need to happen before an officer can pull the car over. However, Maine courts have been clear on one thing – one mere straddle of a line is not sufficient for a stop. So, if you are charged with an OUI, call an attorney so they can discuss the best way to fight the specific charges against you. It can take research, investigation, and advocacy to help you get the justice you deserve.

Does that mean police checkpoints are illegal?

In Maine, police can, and have, set up legal OUI checkpoints. The United States Supreme Court as well as the Maine Law Court have both ruled that these types of checkpoints are generally legal. However, the court must apply a balancing test. The court must balance the intrusion on a person’s Fourth Amendment liberty interests against the public interests at stake to determine if the checkpoint is lawful.

In conducting this balancing test, the Maine Law Court has laid out 13 different factors to evaluate the reasonableness of a roadblock stop. These 13 factors require an in-depth look at the surrounding facts and make it important to have an experienced attorney representing you after you’ve been charged with a crime. Always ask your attorney about the steps that can be taken to determine what factors went into creating the checkpoint and whether or not those are valid under your specific circumstances.

Does a game warden need RAS to stop you on an ATV?

Yes, they do, under Maine statute. However, that wasn’t always the case. Prior to 2011, law enforcement officers, like game wardens, could stop boats, snowmobiles, and ATVs without any reason. In 2011, the Maine legislature changed the statute to require RAS prior to a stop of any ATV, boat, snowmobile, etc.

An investigatory stop by police can be based on a tip from the public. Maine’s Supreme Court has held time and again that the police can stop someone based on a tip from the public, if, based on the totality of the circumstances, there is an “indicia of reliability” that the informant has personal knowledge of criminal conduct. See State v. Littlefield, 677 A.2d 1055, 1058 (Me. 1996).

In Maine, a tip, even made anonymously, can sometimes supply the reasonable articulable basis for an investigatory stop. Tips made to police can be reliable, if the officer can corroborate the information.

Still have questions about police stops? Have you been charged with a crime stemming from a police stop? If you need more information about your rights during a police stop, contact a Rudman Winchell attorney today to discuss your options and legal rights.