Choosing the right family camp attorney to draft and execute a trust for your family’s camp can have repercussions in your family for decades to come.

Most attorneys that specialize in estate planning are concerned primarily with the efficient transfer of your assets to the next generation. There is nothing wrong with this focus. That is what the majority of our clients pay us to do.

However, in my opinion, trust and estate attorneys often miss what I think should be the vocation of any estate attorney: to preserve family relationships AFTER your assets pass to the next generation.

What do I mean? Any skilled estate attorney can efficiently plan to pass your assets to the next generation while minimizing estate taxes and eliminating the need to probate the estate. However, not enough of us ask the most important question. How will their kids relate to each other after the parents are gone?

Now, let’s consider the family camp as it relates to this question. An estate attorney concerned primarily with the efficient transfer of your assets to the next generation will view the property the same manner as they view all other assets.

In most cases, the attorney will draft a plan that leaves all assets you own to the next generation in equal shares. And without further consideration or counsel, the client will see their wishes fulfilled.

The client wanted to minimize estate taxes, avoid probate, and have an equal distribution of their assets to the children. For the average estate attorney, he/she will view their job as complete and the client walks away happy. Or so they think…

The client will never know of the disaster that awaits the family as a result of this plan. In this plan, all assets were passed to the children in equal shares and for most assets, this is a fine distribution scheme. However, when a family camp is involved, it is the rule and not the exception that the children’s relationships will be forever changed.

The family camp is a special, almost sacred place for a family. And leaving this special asset to the children as equal owners will cause serious rifts among the children left behind. The arguments WILL start shortly after the parents pass away.

Typically, one child who doesn’t use the property as often as the others will propose a sale. The children who do still use the cabin will protest and the first of many fights will begin. And I must warn you that these are not small fights. These are the fights that last a lifetime. Don’t believe me? Let me prove it to you with the following story:

Let’s say for example that the family camp is left to three adult children in equal shares, just as the parents wanted (or at least thought they wanted). The oldest child, we will call him Bill, has always loved the camp and Bill spends most weekends there, fishing with his family. He is very grateful his parents left his family this wonderful legacy.

The middle son, Kenny, also loves the camp and would use it more frequently but there is a problem. Bill is at the cabin virtually every weekend and although Bill invites Kenny and his wife and kids to join him up there, the truth is, Kenny’s wife doesn’t care for Bill and his wife.

Kenny after weeks of agonizing, finally asks Bill if he would reserve a few weeks for his family and not visit the camp those weeks. Bill is really hurt by this.

Forget for a moment whether he should be or not, the truth is Bill thought that mom and dad would want the kids to enjoy the camp together. After all, that is what they did as kids and moreover, that must have been the reason mom and dad left the camp to all of them.

Bill tells Kenny that he will continue to use the camp as he wishes and hopes that Kenny and his family will join them. Kenny is furious and worries what his wife is going to think, or worse, tell Bill what she thinks.

Bill and Kenny’s sister Kelly, who lives in Seattle with her husband, have intended to go to the camp but really can’t get away. They have been having a number of discussions lately about their finances and things are not looking great. They know that camp is worth $600K and they could really use the money.

They ask Bill and Kenny to consider buying her out. However, Bill and Kelly tell her it is impossible. They can’t afford to do that. They remind her that no one told her to move to Seattle and she is welcome to visit the cabin any time and she should send a check for her share of the taxes as soon as possible because they are past due.

Kelly is angry and upset. She feels that her parents left the camp to all of them, but the truth is only her brothers get to use it and she can’t even get her share of the inheritance out of the cabin. Moreover, she feels as though she is subsidizing their inheritance. It just doesn’t seem right.

Now, let me ask you…who is the bad guy here? Is it Bill, Kenny, and his wife, or even Kelly? This is, of course, a rhetorical question because, as you can see, there are no bad guys in this story.

Bill is using the camp the way his parents intended. Kenny and his wife should be able to enjoy the cabin too. And Kelly feels cheated. Can something like this be resolved?

You should know this is not a fictional story. It is a real-life example of an estate plan that appeared to accomplish the client’s goals but, in reality, went very wrong. It went wrong because the attorney did not consider the future family consequences of the plan. This shows the importance of choosing the right family camp attorney.

If the attorney was concerned about the children’s ongoing relationships, would he/she have proposed this plan? The truth is, if the parents were correctly counseled as to the consequences of this plan, they would have come to the conclusion that no asset, including the family camp, is worth the children fighting over.

This problem could have been easily prevented. The family camp attorney should have either forced the sale of the camp through the parent’s Wills or drafted a Family Camp Trust or LLC that lays out the parameters of the camp’s use, equity, taxes, expenses, and buy-out provisions.

If it is truly important to the parents that the camp be shared by the children, then the family camp attorney must work with the parents to craft the right estate plan. They need an estate plan that not only efficiently transfers their assets to the next generation, but preserves and even strengthens their children’s ongoing relationships. 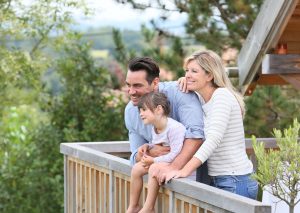