The transcript below is a slightly edited version of a chat amongst Rudman Winchell colleagues regarding this case and the implications it may have for Maine municipalities and parking ticket enthusiasts.

At least, my eyebrows are raised—I’ll let the rest of the folks here speak for themselves. Since I practice municipal/land use/environmental law, I don’t exactly crack open my pocket constitution to the 4th Amendment all that often. I’ve convinced some of the other crack legal minds from the diverse practice groups here at 84 Harlow to talk about this case and the implications it may (or may not) have across the county and right here in Maine.

But first, a summary of Taylor v. City of Saginaw et al. KRF, care to lay out the facts and procedure?

KRF (Katie R. Foster): Sure. This case came out of the City of Saginaw, Michigan (near where the thumb meets the other fingers on the Michigan glove). Ms. Taylor, “a frequent recipient of parking tickets,” filed a 42 U.S.C. § 1983 action against the City, alleging that the practice of chalking her tires without her consent or a warrant violated her 4th Amendment right against unreasonable searches.

The City filed a Motion to Dismiss*, arguing that chalking is not a “search” within the meaning of the 4th Amendment, or alternatively: It is a search, but is considered reasonable under the “community caretaker exception.” The trial court granted the City’s motion, holding that chalking was a search but it was reasonable because (1) lesser expectation of privacy in a vehicle, and (2) the community caretaker exception applied. 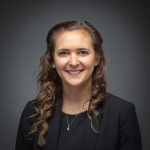 The basic analysis is this: (1) is the government action a “search” as that term has been defined by the case law”; (2) if so, was the search “reasonable.”

More recently, the courts have used the Jones approach (a case where the Supreme Court found that the placement of a GPS tracker on the exterior of a car is a search). Per Jones, when government invasions are accompanied by physical intrusions, a search occurs when (1) trespass on a constitutionally protected area, and (2) is to obtain information. After that, the Katz reasonableness approach is applied. The Court applied the Jones test in this case.

Applying the Jones framework, it held that chalking is a physical intrusion that constitutes a trespass because the government agent intentionally contacts the car in possession of another. It then also held that, while low-tech, the chalking does give the government information (how long a car has been parked). The court concluded this was reasonable because there is no lesser expectation of privacy in an automobile under these circumstances and the community caretaker exception does not apply because the chalking function is not “totally divorced from the detection, investigation, or acquisition of evidence.”

Therefore, the “city [did] not demonstrate, in law or logic, that the need to deter drivers from exceeding the time permitted for parking—before they have even done so—is sufficient to justify a warrantless search under the community caretaker rationale.”

CSS: Absolutely. I understand it is in a public place but don’t touch my car or chalk my tires. If you want to take a picture, feel free, but keep your hands off. Any physical touching with a ticket resulting will end with a successful motion to suppress and all fruits from that poisonous tree will be thrown out. 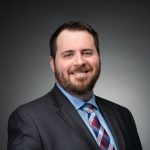 JPH (Jonathan P. Hunter): It seems a little absurd to me. Under the Katz test, it isn’t close—there is no reasonable expectation of privacy. The Court’s more recent cases honestly strike me as being more a reflection of the Court’s uneasiness with technological advances than anything else, so I’m not sure the Court would extend them to a chalk mark.

The “touching” here is so minimal that I would say it is within implied consent. Regarding the DNA swab case cited by the Sixth Circuit; a door handle is not the same as the surface of a tire. We consent to a lot of things touching the surface of our tires when we drive.

Constitutional law scholar Orin Kerr points out that traffic infractions are typically civil infractions, so it’s not clear the exclusionary rule (which prohibits unconstitutionally obtained evidence from being used in a criminal case) would apply in traffic court even if chalking is a Fourth Amendment violation.

TBC: The court did emphasize that it did not apply the caretaker exception as applied to “these facts” because the city did not show that the parking of Ms. Taylor’s car over the time allowed was a safety hazard, noting that it was “lawfully parked in a proper parking location, imposing no safety risks whatsoever.” Any prosecutor or city attorney is going to hang their hat one this and put forth evidence and arguments about how cars parking for too long in X city causes congestions, pedestrian safety issues, an increased need for parking lots (and the environmental consequences of that extra impervious space), etc. That’s not a hard burden to meet.

JPH: Practically speaking, this holding, if it stands, might accelerate the proliferation of surveillance cameras and license plate scanners, which seems like a net negative for privacy.

While it’s admittedly silly when applied here, I think the broader principle is important and has been watered down considerably by the court over the past couple of decades, Jones notwithstanding. And it’s not like this particular issue can’t be fixed: Switch to parking meters. This way the government gets consent and it’s a revenue maker that pays for its self.

Which I think is a good turning point; let’s discuss the practical implications.

KRF: I’ll start. It’s certainly something we—the municipal attorneys at Rudman Winchell—will have to consider when advising our municipal clients on parking policies and enforcement. Even if the risk of Maine courts or the First Circuit adopting this holding is small, it is nonetheless a risk that might just well be the deciding factor in whether or not it’s worth it to switch over to parking meters or other technology that’s available for the government to monitor and enforce parking. And if that does mean this forces that technological leap, I agree it probably will mean greater revenue in the long run, which is a good thing.

Anyone have a stack of parking tickets they’d like to challenge? If so, please don’t hesitate to contact Rudman Winchell.