Prior to February, when we heard the name Robert Kraft, we pictured those six Super Bowl rings. Our minds ticked through all of the New England Patriots’ successes. More recently, the media has focused on Kraft’s significant success in the courtroom.

In February 2019, Robert Kraft was charged with a misdemeanor of soliciting prostitution in Jupiter, Florida. It is alleged that he engaged in sexual encounters on numerous occasions with masseuses at Orchids of Asia Day Spa. These encounters were secretly recorded on video. Soon after these charges were filed, however, Kraft’s attorneys filed a Motion to Suppress this evidence.

What is a Motion to Suppress?

The exclusionary rule is grounded in the Fourth Amendment and is intended to protect citizens from illegal search and seizures. The exclusionary rule also stems from the Fifth Amendment’s command that no person “shall be compelled in any criminal case to be a witness against himself” and that no person “shall be deprived of life, liberty or property without due process of law.”

When Should a Defendant File a Motion to Suppress?

Generally, motions to suppress are filed well in advance of trial. A criminal defendant may move to suppress evidence through their attorney if the defendant believes that their constitutional rights have been violated in some way. Common reasons to file a motion to suppress include:

The law requires all police officers to read a suspect their Miranda rights. These include the right to remain silent; that anything said can and will be used in court. Also, the right to counsel, and the right to an attorney if the suspect cannot afford one. Failure to recite these warnings can result in the suppression of any statements made by the defendant to law enforcement. It can also block any evidence that was obtained or collected after the statement, if the statement lead to the discovery of said evidence.

As highlighted above, the Fourth Amendment protects individuals against unlawful search and seizures. With limited exceptions, police must have a search warrant, fully supported by probable cause, before conducting a search. If no exception applies and the police failed to obtain a warrant, a motion to suppress could exclude all evidence obtained from the unlawful search.

“Chain of Custody” refers to the proper care of evidence. The law implements many safeguards to care for evidence so that there is a record of custody, control, analysis and disposition of all evidence that will ultimately be used in a case. If there is an issue in the chain of custody at trial, the evidence may be excluded.

Kraft and his defense team moved to suppress video evidence that allegedly showed him engaging in sexual acts with masseuses. His defense team argued that the cameras were installed illegally and used to “spy” on Kraft while he was unclothed in a private room of a licensed spa.

The court ultimately agreed, granting the motion in favor of Kraft. In his 10 page ruling, Jude Leonard Hanser explained that Jupiter Police and the judge who issued the search warrant which allowed the secret installation of cameras at the spa, did not do enough to minimize the invasion of privacy on customers who only received legal massages.

Hanser wrote, “The fact that some totally innocent women and men had their entire lawful time spent in a massage room fully recorded and viewed intermittently by a detective-monitor is unacceptable.”

Kraft’s team pointed to recent cases in surrounding Florida counties where Florida law allowing wiretaps says that they can only be used for serious felonies such as murder or kidnapping, not lesser offenses such as prostitution. They argued video, which is not specifically covered under Florida law, should have a higher threshold. Hanser agreed, writing, “…video surveillance is even more invasive of privacy, just as a strip search is more invasive than a pat down search.”

What Will Happen in Kraft’s Case Now?

Without the video evidence – presumably the only evidence against Kraft – prosecutors will have a difficult, if not impossible job ahead. Without this damning evidence, it is difficult to see how the prosecution can prove their case beyond a reasonable doubt. Prosecutors may decide to simply dismiss the case. If not the case will proceed to trial without the video, and a judge or jury will have to decide Kraft’s guilt or innocence. Rumor has it that Florida prosecutors have reached out to Eli Manning for advice on how to beat Robert Kraft and his defense.

Should I File a Motion to Suppress?

If you are facing criminal charges in Maine and believe that there may be issues in your case that warrant a Motion to Suppress, you should immediately discuss your case with an experienced criminal defense attorney. 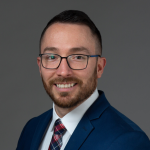